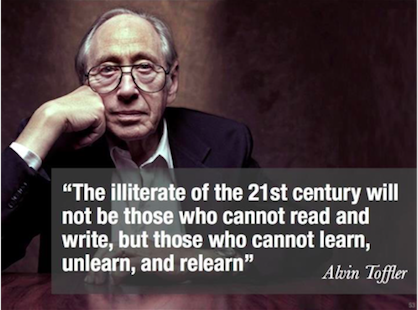 How often do you think about which hand to brush your teeth with? Or comb your hair? What about where the bowl for cereal is located? Or the spoons? How is your refrigerator is arranged? Or your clothes drawers? Why are they that way?

Habits build up over time, often being introduced to us when we are children and developing as we grow older. We don’t often even pay attention to what we are doing or wonder why we do things that way. They can be helpful, allowing us to focus on other details while we go about the day. They can be harmful and destructive, something that we struggle with for years.

But not all habits are created equally.

Keystone habits are habits that have a profound affect on other habits. They shape and influence other habits. They can be good habits which then affect other habits. For example, when I began a morning routine, it had an effect on the rest of my day. The routine had an influence the other habits I had around organization and productivity. These have slowly developed into routines – a series of habits that I use in the morning and in the evening. Over time, some become automatic, allowing me to focus more on moment that I’m in or what I am reading. It also works the other way, keystone habits that aren’t so good.

According to Charles Duhigg in The Power of Habit, keystone habits

say that success doesn’t depend on getting every single thing right, but instead relies on identifying a few key priorities and fashioning them into powerful levers. … The habits that matter most are the ones that, when they start to shift, dislodge and remake other patterns.

We all have habits that we rely on throughout the day. These habits affect all aspects of their lives. When we combine these habits into routines, the habits can help us to build even more habits. Now these habits can be good or bad. By knowing that some actions trigger other actions, we can begin to take action, either to reinforce the good habits or begin to change habits that aren’t so goof for us.
But individuals are’t the only one with habits.

According to Hudigg, when you have a group of people, these habits become routines. In the classroom, the routines are what influence individual habits. Everything from how the room is set up to the structure of the day influence what is taking place. Determining trigger points for students can help to determine where a particular habit or routine might need to be changed. By examining the behaviours and tracing what is happening to the trigger points, it is possible to begin to identify some of the reasons behind certain things that are happening in the classroom.

But how to determine what might create change or how to change the habits and routines? According to Hudigg, this requires what research calls “small wins”.

Small wins fuel transformative changes by leveraging tiny advantages into patterns that convince people that bigger achievements are within reach.

Are there are specific triggers or cues that might can be identified? What is the routine that might be resulting in the behaviour?

Habits for a Growht Mindset

Carol Dweck, author of The Growth Mindset, outlines how the mindset people have influences their ability to make changes and continue to grow and learn. Recently, Dweck began discussing what she calls a “false growth mindset” in which people praise an action but don’t take the necessary steps to go deeper to understanding what needs to change in order to improve.

False growth mindset is saying you have growth mindset when you don’t really have it or you don’t really understand [what it is]. It’s also false in the sense that nobody has a growth mindset in everything all the time. Everyone is a mixture of fixed and growth mindsets. You could have a predominant growth mindset in an area but there can still be things that trigger you into a fixed mindset trait. Something really challenging and outside your comfort zone can trigger it, or, if you encounter someone who is much better than you at something you pride yourself on, you can think “Oh, that person has ability, not me.” So I think we all, students and adults, have to look for our fixed-mindset triggers and understand when we are falling into that mindset.

I think a lot of what happened [with false growth mindset among educators] is that instead of taking this long and difficult journey, where you work on understanding your triggers, working with them, and over time being able to stay in a growth mindset more and more, many educators just said, “Oh yeah, I have a growth mindset” because either they know it’s the right mindset to have or they understood it in a way that made it seem easy.

As Dweck suggests, identifying the triggers that keep us from growing and developing are important in order to make changes to what we are doing and they take time. If change and innovation is what schools are seeking, then starting at the source, with the habits and mindsets of the teacher and students is essential to creating lasting change and innovation.

How do we identify the triggers?

One way is to develop a journaling habit. As a full-time teaching administrator I fully get how busy teachers are in the classroom and, in recent years, this ‘busyness’ has increased. Yet, with all the tracking and record keeping, management systems and reporting systems, teachers are frustrated with what is happening in the classroom. In almost all instances, the systems don’t get to the root of the issues but are directed at recording the implementation of different systems of behaviour management.

In order to change the culture of any group, there needs to be a change of culture. Without examining the keystone habits of the group, making changes will run into the embedded habits which can be difficult to overcome. Unknowingly, old habits won’t be changed. So, despite people’s best efforts, change may begin but the cultural change needed will be hampered by systemic habits which may, ultimately, undermine even the best intentions, ideas, and plans.

Cultures grow out of the keytsone habits in every organization, whether leaders are awere of them or not. … Keystone habits transform us by creating cultures that make clear the values that, in the heat of a difficult decision or moment of uncertainty, we might otherwise forget. Charles Duhigg

In schools and classrooms, spending time examining the habits of people and the systems being used is essential to determine whether there are triggers and cues that will undermind the change efforts. In my experience working through change in a number of schools, a great deal of effort goes into explaining and laying out why change is necessary/important. Very little time is spent exploring what is currently happening and examining the existing routines and habits to determine the affect they have upon the current system. Trying to innovate or change will be very difficult if the current routines and habits are not explored.

This work takes great effort and isn’t very “flashy” or “innovative”. It take patience and some time to determine the current triggers and cues in place and, if possible, determining if there are any keystone habits that might be key resistors to change. Too often, change agents want to get the process underway. Innovators want to implement their innovations. But, like so many gym memberships that are purchased at New Year’s by coaches who extol the virtues of the gym and exercise, once they have your membership, it’s off to the next one.

What would happen if we started to innovate or change by asking “Why do things happen this way?”

How the change/innovation process would benefit from a deep exploration of the current systems and habits within the organization?

How teachers might use reflection in their classrooms to explore how behaviours are affected by the current routines and habits?

I’d love to hear your thoughts and ideas about this. Leave a comment or you can connect with me on Twitter @kwhobbes .